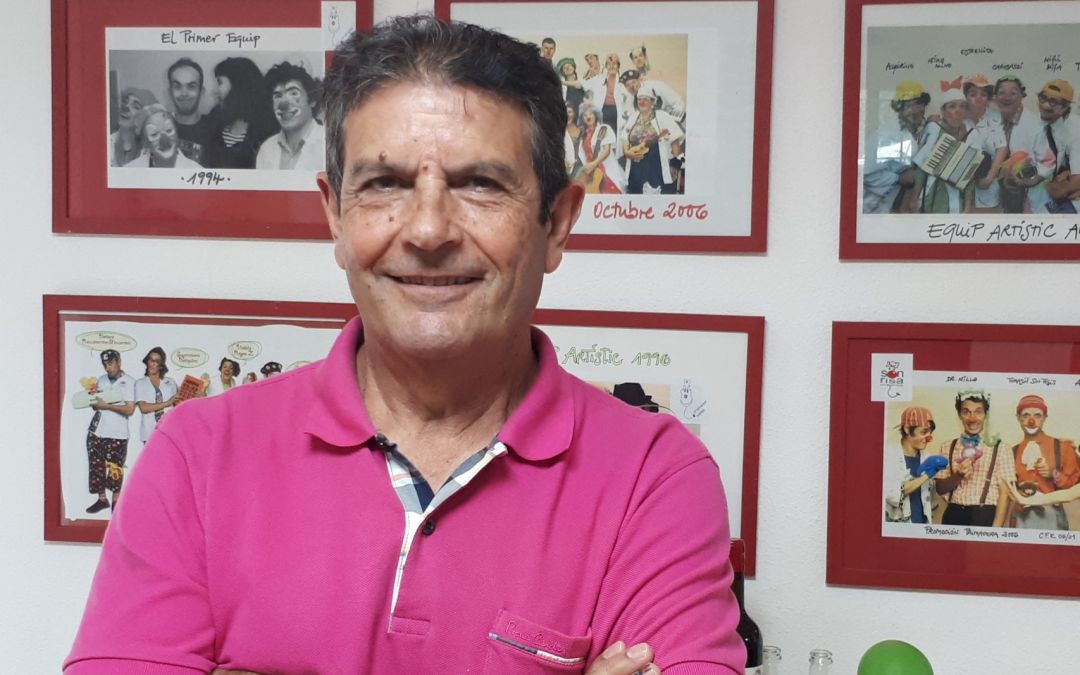 Guillem Morlà Jaume, until now the Vice-President of the association and Board Member of it since 2011, was appointed on May 24th as the new President of Sonrisa Médica.

His mains objectives are: increasing the social base, inaugurate and consolidate the Hospital Clowning services for patients in Ibiza and Menorca, and the expansion of the team to cover all the programs.

The Management Board is the highest governing body and unselfishly directs the entity in the development of its social mission. The current government team consists of Malena Villarias and Katja Bischof (vice-presidents), José Ferrer and Núria Vila (secretary and vice-secretary), Guillermo García-Molíz (treasurer) and the vocalists Xavier Gil (Business Administration), Mónica Peralta (Psychology), Piedad Durán and Victoria López (doctor-health personnel of Son Espases) and Isabel Mayol and Mª Antònia Rigo (educational sector). Shortly, it is planned to incorporate two more vice-presidencies, one in Menorca and the other in Ibiza.

Any cookies that may not be particularly necessary for the website to function and is used specifically to collect user personal data via analytics, ads, other embedded contents are termed as non-necessary cookies. It is mandatory to procure user consent prior to running these cookies on your website.